For 30 years, Frank Londy brought the unique magic and emotional power of “the movies” to this small mountain town with his annual Frank’s Fall Film Festival. This year we honor Frank’s legacy with a collection of films that captures the essence of what Frank wanted his festival to be about — the human condition.

"If you think about it, movies are really wonderful things. We probably take them too much for granted. The recorded movie image has become the treasury of our past, a window on our present and a glimpse into our future. No other art form can so effortlessly transport us to other times and places, real and imagined and in so doing tell the story of humanity and the human condition we all share: Love. Hope. Fear. Loneliness. Meaning. Mortality. Eternity."   - Frank Londy (2019)

This year's festival includes twelve films that have been carefully selected with the memory of Frank and his love for cinema, the natural world, family and connection, the west and, above all else, life ever present in our minds. These films deserve to be seen where they were meant to be seen — on the big screen. Emelie Mahdavian's sweeping documentary Bitterbrush follows Hollyn Patterson and Colie Moline, range riders who are spending their last summer herding cattle in remote Idaho. Totally off the grid with only their dogs as companions, Hollyn and Colie brave inclement weather and perilous work conditions while pondering their futures. A portrait of friendship, life transitions, and the work of two skilled young women in the isolated and beautiful landscape of the American West, Bitterbrush is an intimate portrayal of a way of life rarely seen on film. 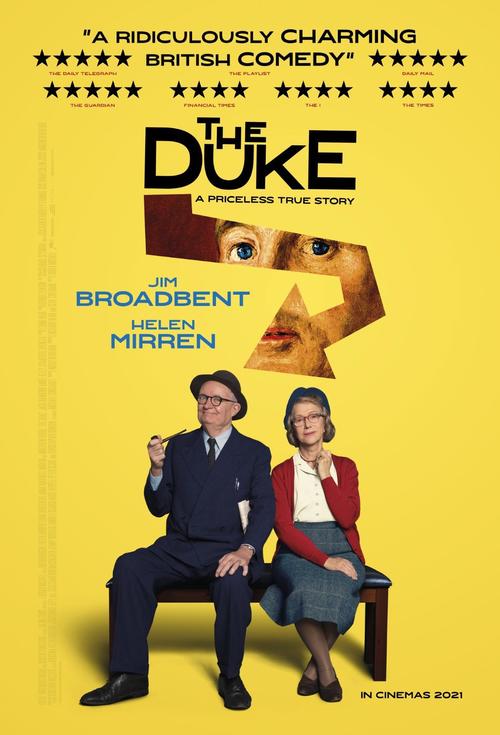 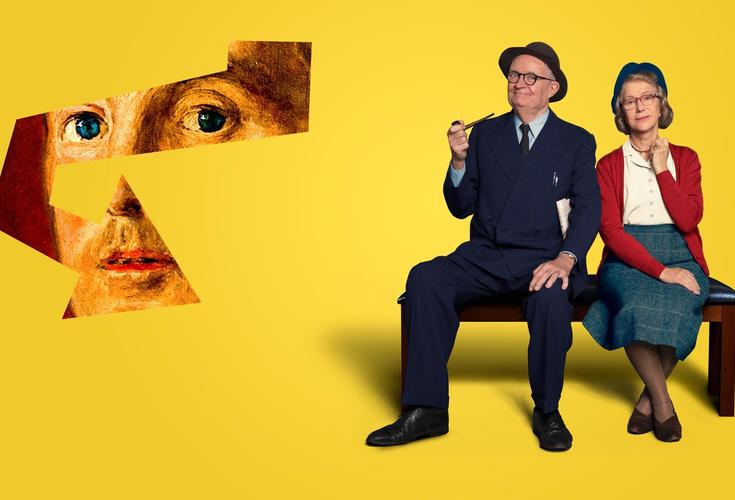 In 1961, Kempton Bunton, a 60-year-old taxi driver, stole Goya's portrait of the Duke of Wellington from the National Gallery in London. It was the first (and remains the only) theft in the Gallery's history. Kempton sent ransom notes saying that he would return the painting on condition that the government invested more in care for the elderly — he had long campaigned for pensioners to receive free television. What happened next became the stuff of legend. Only 50 years later did the full story emerge — Kempton had spun a web of lies. The only truth was that he was a good man, determined to change the world and save his marriage — how and why he used the Duke to achieve that is a wonderfully uplifting tale. Katia and Maurice Krafft loved two things — each other, and volcanoes. For two decades, the daring French volcanologist couple were seduced by the thrill and danger of this elemental love triangle. They roamed the planet, chasing eruptions and their aftermath, documenting their discoveries in stunning photographs and breathtaking film to share with an increasingly curious public in media appearances and lecture tours. Ultimately, Katia and Maurice would lose their lives during a 1991 volcanic explosion on Japan’s Mount Unzen, but they would leave a legacy that would forever enrich our knowledge of the natural world. 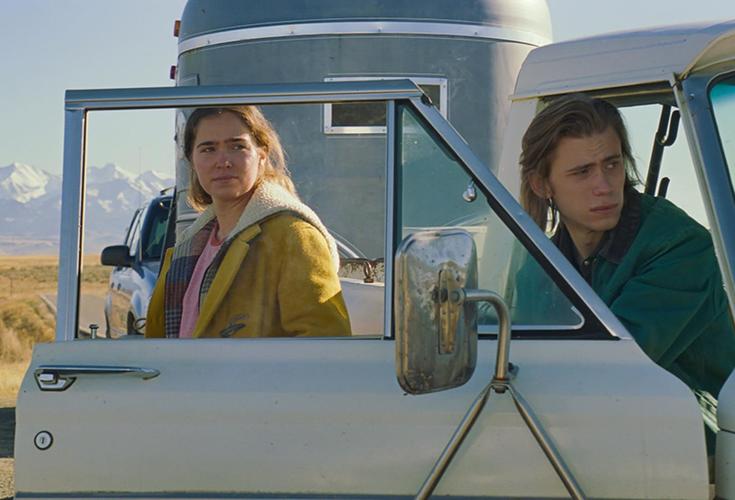 In this neo-Western two estranged siblings return home to the sprawling ranch they once knew and loved, confronting a deep and bitter family legacy against a mythic American backdrop. 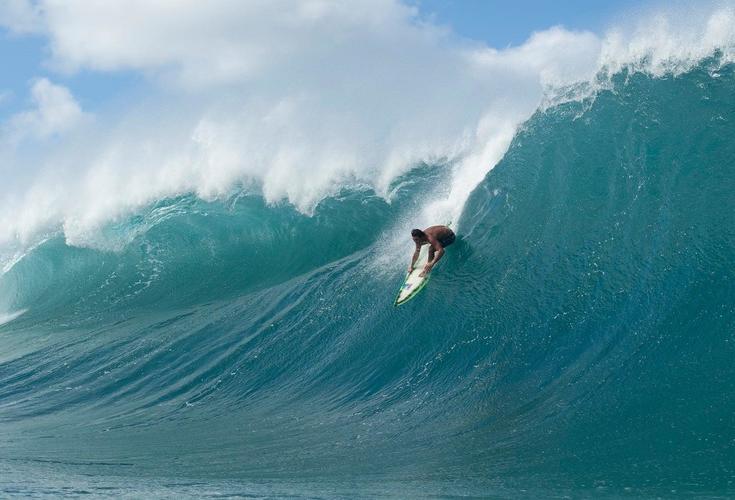 Big Wave Guardians is a deep dive into the genesis of the brave individuals who protect recreationists and pro surfers on a daily basis. As surfers push the limits and crowds increase, a small group of heroes have reinvented water safety on a parallel track to the rising dangers. Addicting thrills versus inherent peril — they are caught up in both. Surfing's elite watermen risk their lives to save their friends while challenging a realm beyond. 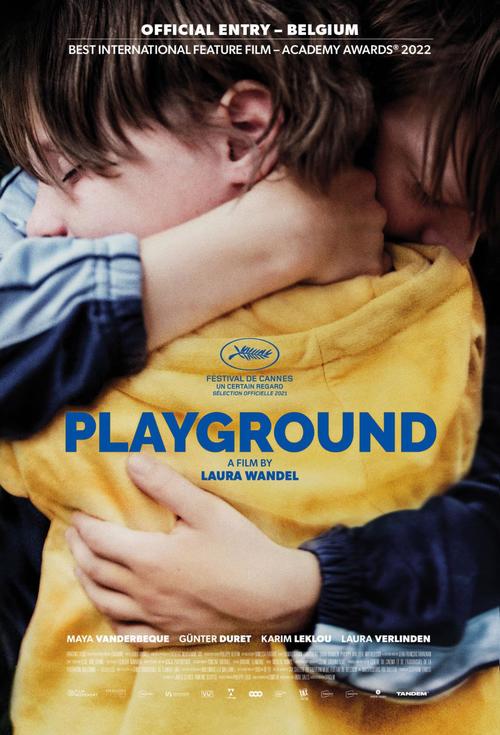 The everyday reality of grade school is seen from a child's-eye-view as an obstacle course of degradation and abuse. Following 7-year-old Nora and her big brother Abel, we see Nora struggling to fit in before finding her place on the schoolyard. One day, she notices Abel being bullied by other kids, and though she rushes to protect him by warning their father, Abel forces her to remain silent, while he endures more humiliation and harassment by his peers. Transposing the gritty realism to the inner world of kids, the filmmakers craft an empathetic and visceral portrait of the cruelty of children, and the failure of adults to protect them. Shortlisted for the Academy Award for Best International Film. 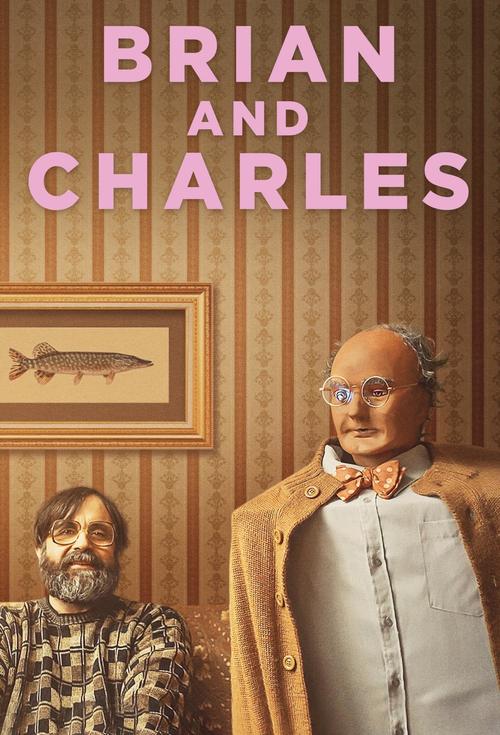 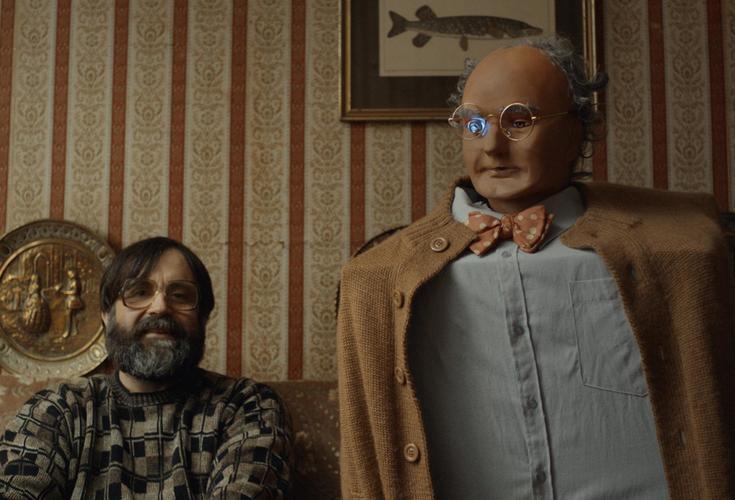 An endearing outlier, Brian lives alone in a Welsh valley, inventing oddball contraptions that seldom work. After finding a discarded mannequin head, Brian gets an idea. Three days, a washing machine, and sundry spare parts later, he’s invented Charles, an artificially intelligent robot who learns English from a dictionary and proves a charming, cheeky companion. What follows is a humorous and entirely heartwarming story about friendship, family, finding love, and letting go. 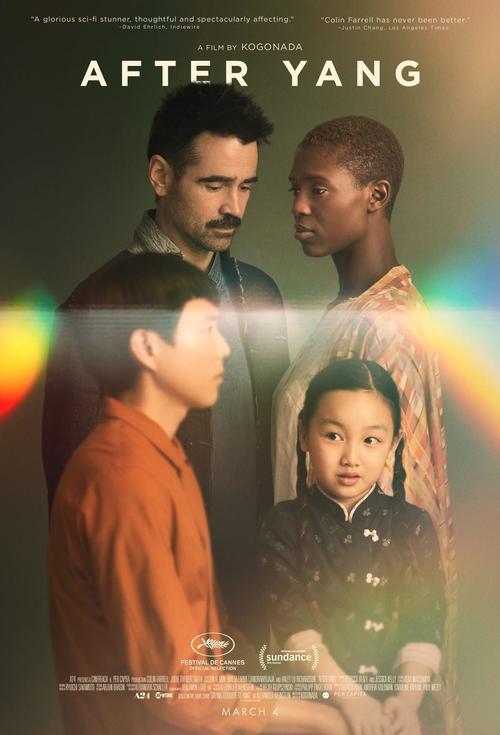 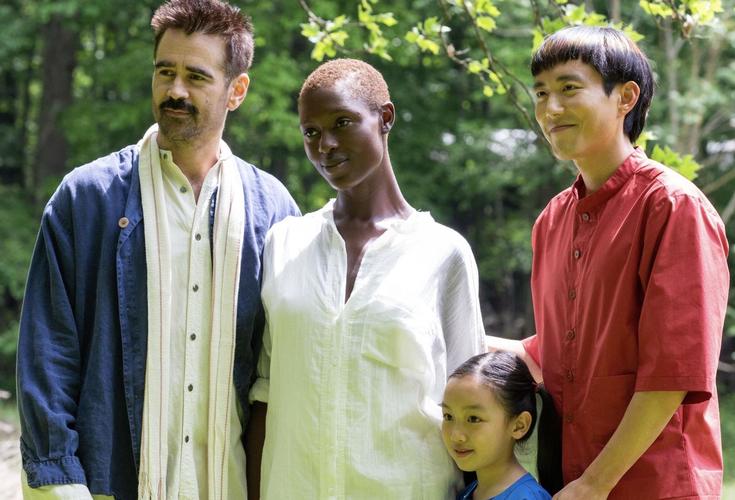 When his young daughter's beloved companion — an android named Yang — malfunctions, Jake (Colin Farrell) searches for a way to repair him. In the process, Jake discovers the life that has been passing in front of him, reconnecting with his wife and daughter across a distance he didn't know was there. 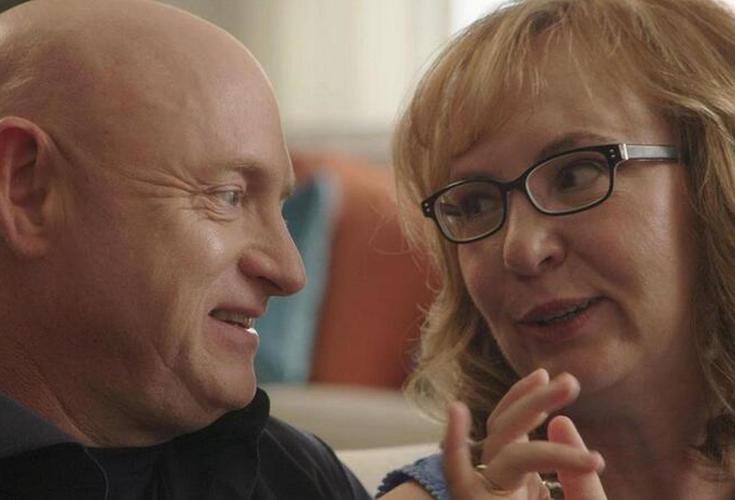 Gabby Giffords Won't Back Down

Gabby Giffords Won't Back Down

The extraordinary story of former Arizona Congresswoman Gabby Giffords: her relentless fight to recover following an assassination attempt in 2011, and her new life as one of the most effective activists in the battle against gun violence. Featuring extensive vérité filming of Gabby and her husband, astronaut-turned-Senator Mark Kelly; interviews with Barack Obama and other friends and colleagues; and exclusive access to stunning videos taken in the weeks following her near-death, this film is the story of a rising star transformed by gun violence, and a close-up portrait of the marriage that sustains her. 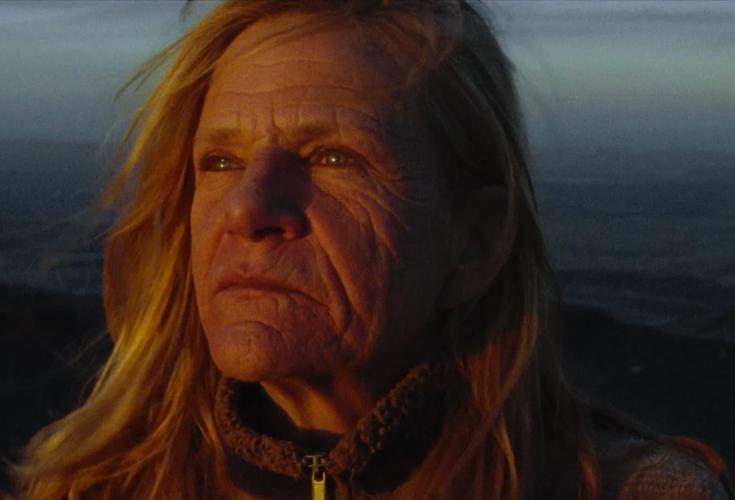 Faye (Dale Dickey) is a lone traveler biding her time fishing, birding and stargazing at a rural Colorado campground as she awaits the arrival of Lito (Wes Studi), a figure from her past who is navigating his own tentative and nomadic journey across the rugged West. Like the country music that has traditionally channeled the heartbreak and resilience of Americans in search of themselves and others, A Love Song weaves a lyrical and ultimately joyful refrain out of the transformative act of being alone — and reminds us that love can nourish and mystify at any age. 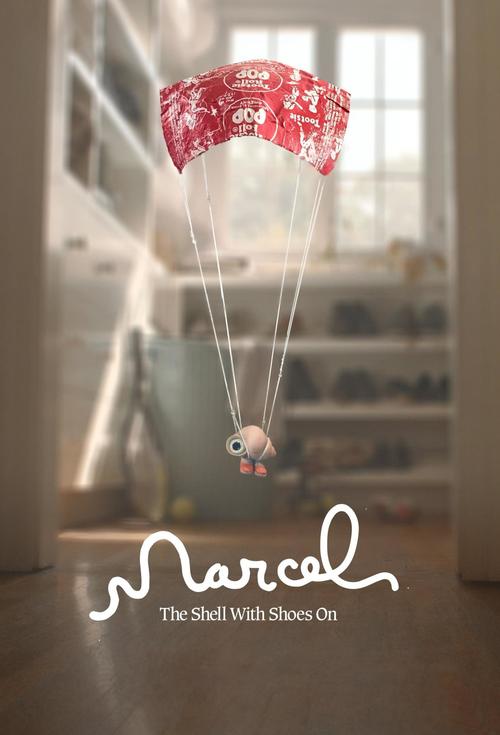 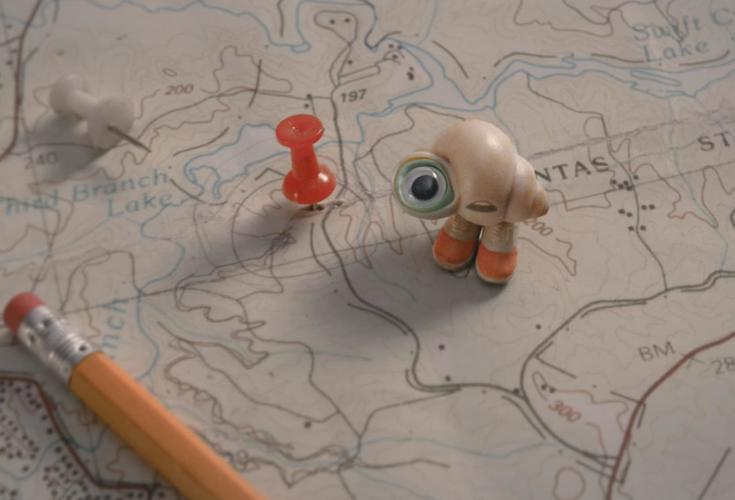 Marcel the Shell With Shoes On

Marcel the Shell With Shoes On

Marcel is an adorable one-inch-tall shell who ekes out a colorful existence with his grandmother Connie and their pet lint, Alan. Once part of a sprawling community of shells, they now live alone as the sole survivors of a mysterious tragedy. But when a documentary filmmaker discovers them amongst the clutter of his Airbnb, the short film he posts online brings Marcel millions of passionate fans, as well as unprecedented dangers and a new hope at finding his long-lost family. 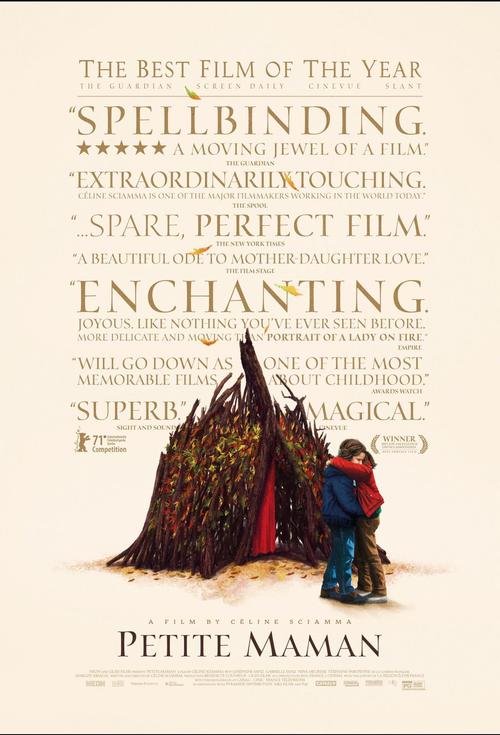 Following the death of her beloved grandmother, 8-year-old Nelly accompanies her parents to her mother's childhood home to begin the difficult process of cleaning out its contents. As Nelly explores the house and nearby woods, she is immediately drawn to a neighbor her own age building a treehouse. What follows is a tender tale of childhood grief, memory and connection.

See you at the movies! 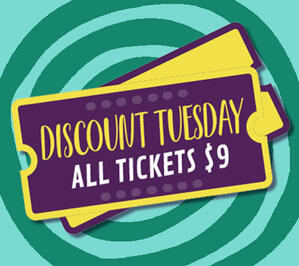